Can Critical Thinking Save the World? (The Propaganda of Paranoia in Education Pt.3): DAY 35 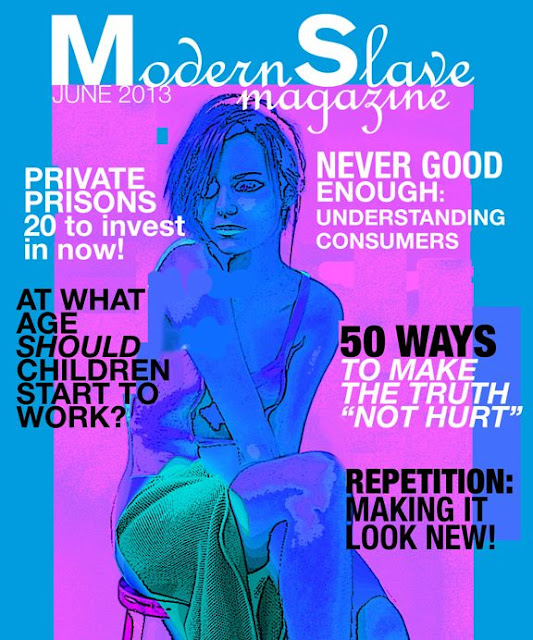 In this post we are going to explore the concept of ‘critical thinking’ in relation to propaganda and the paranoia of the education system. For context of what we will be discussing here, I suggest reading the previous blog-posts in the series.
Critical thinking can broadly be defined as the ability to critically assess knowledge and information independently for oneself to discern whether or not something is true or false and the concept has been given significant value over the course of history, for example in the subversion of totalitarian systems because it apparently provides one with the ability to be able to ‘think out of the box’ even when the box is forcefully placed around one’s entire mind, body and self as brainwashing and propaganda.
As such Aristotle said:

“It is the mark of the educated mind to be able to entertain a thought without accepting it.”

Critical thinking is thus supposedly what is to be the antidote of propaganda and many schools and educational facilities boast of providing courses in critical thinking placing it on their curricular as a key principle.
Many scholars from various fields of the academic and literary world have in recent years criticized the education system for dumbing us down rather than providing us with the ability to think critically. More and more people are becoming illiterate or never learn to read or write. And here we are not even talking third world countries where people barely have access to education. This decline is happening in the world’s leading countries, for example in the United States:

“Functional illiteracy in North America is epidemic. There are 7 million illiterate Americans. Another 27 million are unable to read well enough to complete a job application, and 30 million can’t read a simple sentence. There are some 50 million people who read at a fourth-or-fifth-grade-level. Nearly a third of he nation’s population is literate or barely literate – a figure that is growing by more than 2 million a year. A third of high-school graduates never read another book for the rest of their lives, and neither do 42 percent of college graduates.” (Chris Hedges, 2009, p. 44)

According to Hedges, the rapid decline of literacy in America has the effect that people become more and more susceptible to the easy-breezy propaganda of consumer capitalism because critical thinking is developed through seeing and understanding the world around us in a way that is best developed through reading. In this book “Empire of Illusion – The End of Literacy and the Triumph of Spectacle” he describes an analysis done by the Princeton Review on the literacy level in presidential debate speeches all the way from Lincoln to Nixon, Kennedy, Bush and Obama. The study revealed that the literary level that is used in the speeches to address the people of America has sunken from an 11. Grade level in the days of Lincoln to a 7. Grade level in the presidential speech held by Barack Obama (p. 46). As such Hedges concludes that politicians are speaking to us as children incapable of fathoming complex language which in turn has the effect of dumbing us down further and at the same time reveals the average level of literacy of the American people because politicians has to speak to us with words we understand.
And this is being supported by studies done on the level of critical thinking in the education system as the following quote shows:

“In 1995, a meta-analysis of the literature on teaching effectiveness in higher education was undertaken. The study noted concerns from higher education, politicians and business that higher education was failing to meet society’s requirements for well-educated citizens. It concluded that although faculty may aspire to develop students’ thinking skills, in practice they have tended to aim at facts and concepts utilizing lowest levels of cognition, rather than developing intellect or values.” [i]

As such it is evident that despite the claim that critical thinking is to be developed in the course of our basic education that it is being undermined, under prioritized and not taught at all.  Otherwise people would obviously be able to read and write.
So basically critical thinking has been deliberately undermined because of it’s subversive potential – that the masses might wake up from the sticky-sweet dream of consumer capitalism and instead an perpetual lullaby of soothing and empty words spoken by politicians with personal appeal is fed into us at a daily basis.

“When we blindly adopt a religion, a political system, a literary dogma, we become automatons.”
― Anaïs Nin

As a conclusion on our series on the Propaganda of Paranoia in education we can thus see that the propaganda of consumer capitalism has been effective.  We are like the men in Plato’s cavewho refuse to leave our shadow theater and go out into the sunshine and face the sharp brightness of reality.
And according to scholars such as Chris Hedges and Noam Chomsky critical thinking is the anti-dote that could have subverted the propaganda machine of consumer capitalism if it wasn’t for the deliberate dumbing down of our senses and intellect. But there is an aspect of the concept of critical thinking that these scholars have not considered and that I’d like to discuss here to bring some perspective on why it is that critical thinking hasn’t had the sufficient momentum and clout to change the current paradigm of consumer capitalism.
Because first of all there is most certainly a point in developing an effective vocabulary and effective literary skills so that one can be critical towards the establishment of the world-systems. We require educating ourselves to understanding how the world works and how we have created history as an actual form of propaganda – and this is mostly certainly a part of the solution of
Awakening ourselves from the sticky-sweet dream of consumer capitalism. So from this perspective critical thinking is important to develop and schools and educational facilities must be the institutions responsible for providing such education.

Jean Piaget said: “The principal goal of education in the schools should be creating men and women who are capable of doing new things, not simply repeating what other generations have done; men and women who are creative, inventive and discoverers, who can be critical and verify, and not accept, everything they are offered.”

However – the problem with the concept of critical thinking is the ‘thinking’ part. Because where does our thinking come from? Do we even know? Can we trace back a thought we have had, a desire, a belief, an idea, an emotion to its original starting-point and say that we have made a decision to think this specific thought? There is this absurd idea that thinking is apparently ‘original’ and something that we come up with from somewhere inside our minds – but when one starts investigating one’s mind it is clear that most of what goes on in there is directly placed and implemented by the systems of propaganda and paranoia. Advertisers induce our desires for certain products. The way we identify with a certain religion, culture or gender is directly produced by the families we are born into and the movies we see and the fairytales our mothers read to us when we are young. If one have a look at one’s thoughts – it will become evident that virtually nothing that goes on in there is original or our own.
How can critical thinking be the solution to the problem of propaganda when thinking itself is a form of propaganda? So here we see that even those that apparently has ‘awakened’ and who have stepped out of Plato’s cave are still in fact still in there in the shadow theater dreaming – because the point is not to ‘think out of the box’ but that thinking is the box itself.
So then what is the solution?
If thinking is the ‘place’ where propaganda is propagated and developed from where we start living out our paranoid fantasies of the perceived ‘freedom’ of consumer capitalism, then obviously the starting-point of thinking and the way propaganda is being prompted in education and the lack of education humans are currently being exposed to – then this is where we must start.
In the Equal Life Foundation we are proposing that a new economic system is implemented in the world as a stepping-stone towards an entirely new way of living together. Because it is obviously that we cannot go on the way we are currently living – most people trapped in the paranoia perpetrated by the propaganda of consumer capitalism without a real care in the world.  I suggest investigating what we are saying and see for yourself whether it makes sense to continue supporting the current system or if you are ready for a change.
In and from the next blog post, we are going to move into some of the more personal dimensions of the paranoia of the education system – namely those that we face as children as we enter into schools and class rooms.
Until next time…
————————————————————————————————————————
Research material and bibliography:
Chris Hedges (2009) Empire of Illusion: The End of Literacy and the Triumph of Spectacle
Democracy and Education in the 21st Century – Interview with Noam Chomsky:
http://www.truth-out.org/speakout/item/16703-democracy-and-education-in-the-21st-century-part-1-dan
Noam Chomsky: Who Owns the Earth?
http://www.truth-out.org/opinion/item/17402-who-owns-the-earth
Suggested documentaries to watch:
John taylor gatto the ultimate history lesson:

You are also welcome to view the videos on my YouTube channel here and on the Equal Money wiki channel here.
[i] Source: https://en.wikipedia.org/wiki/Critical_thinking (Lion Gardiner, Redesigning Higher Education: Producing Dramatic Gains in Student Learning, 1995).