Is there such a thing as Bad Kids? DAY 5 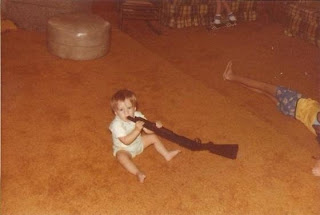 In this post we are going to for a moment step beyond the work and responsibility of teachers and have a more extended look at adults as a category in general – within this in blog posts to come, to bring the point back to teachers and education as a solution. However in this post we are firstly and primarily looking at the PROBLEM:

Is there such a thing as BAD KIDS?

Everywhere one see children that are obese and drinking coke and playing violent computer games. Are there such a thing as bad or evil children? Why does it seem like children are getting more and more out of control?

Over the last few years, more and more news stories emerge of children and teenagers especially that maul and torture animals or other children. Parents, teachers and other adults are shocked and with their heads shaken in disbelief they ask each other how this could have happened. Parents blame the teachers, teachers blame the parents and apparently the answer must lie in chemical imbalances in the child’s brain that apparently has nothing to do with the responsibility of neither teacher not parents. The child is diagnosed with ADHD or the early stages of schizophrenia or bipolar disease, is given truckloads of medicine and everyone can sit back and sigh of relief. One less school-shooter in the making.

For the second example I’ll draw upon my own experiences: I recently looked over at our local supermarket when I was out walking and I saw a huge billboard ad of some icecream dessert. And I realized how absurd it is for normal legitimate shops to advertise for something like that. It would be like them advertising crack cocaine – based on my experience with and information about sugar. And so kids and people in general have no way of making informed decisions because they’re simultaneously being fed such subliminal – yet very direct – messages all the while the information about what sugar and milk does to your body is casually provided in a way where you yourself have to go and do the research. And so I realized how absurd it is that I only at the age of 31 have learned to not eat milk or consume so much sugar based on understanding just a little bit about how those substances interact with my body.

So what do these two examples have in common? Well – in both examples, the adults are too busy abdicating responsibility and blaming each other to actually see how they are directly responsible for children becoming dysfunctional, violent or obese. I mean, how absurd is it not that we as adults actually believe that it is ‘the other adults’ or ‘the system’ that is affecting and influencing our children, all the while we ourselves are apparently simply innocent bystanders. As the examples above show – we are not.

It is ADULTS that create violent movies and games from where images are streamed directly into the mind of the children who come to resonantly understand violence as part of a normal life on earth.

It is ADULTS who create ice-cream and fill it with sugar, it is ADULTs who deliberately target children to sell to – in spite of knowing the possible consequences of for example over consuming dairy and sugar.

It is ADULTS that create confusing labeling information; it is ADULTS who accept payment as scientists to claim that something is not toxic when all studies have shown that it is.

It is ADULTS who invent disease like ‘ADHD’ to have some chemical dysfunction to blame our lack of parenting skills onto, just like we do with the Devil or Marilyn Manson.

Kids are not Bad. They simply have no other point of reference than who we are as adults – collectively as well as individually. That also means that we’re all responsible. We can’t simply sit at home and look at the TV or out the window and point fingers at how badly raised everyone else’s children are, when we’re doing nothing to change the situation ourselves – when we’re not out there standing as living examples that can show children that there is a different species of humans in the world. By blaming everyone else – we’re teaching kids to blame. It is really as simple as that.

But you know what the real hook is? We too were children once. We too were innocent and came into this world ready to participate and have fun and enjoy life. And we too were corrupted and contaminated by the adults in our environments, so much so – that we eventually caved in, gave in and gave up and accepted that being an adult is the goal of life. That is seriously what I thought as a child. That if only I could be an adult, I would have the freedom to do what I wanted. But it doesn’t work that way.

Adults are examples of the last and least measure of freedom, responsibility or respect in this world. And then we have the audacity to blame the children – and to invent diseases for which we prescribe medication – just so we don’t have to deal with our own inadequacy.

This is why we as teachers and parents have no choice but to start with ourselves – if we are in any way serious about raising our children to become dignified human beings. Because let’s be honest: we’re damaged goods. We’re broken in so many places yet we stick ourselves together and present a false image to our children of “I got it together, don’t worry about it, everything is alright.” Really? Who are we trying to convince here?

For anyone reading this who can hear what I am saying – before continuing further in my next post with the solution to this problem and where teachers come in, I suggest to investigate the Desteni I Process Lite course. It is basically an online DIY course that will show you how to use writing to untangle yourself and from which you can actually enable yourself to change. It is freaking awesome and it is all something one can do in one’s own time. Did I mention that it is FREE!!

So next time – we’ll discuss further the solution we as teachers can stand as to prepare the road before us to stand as and become examples of dignified human beings.
Thank you.