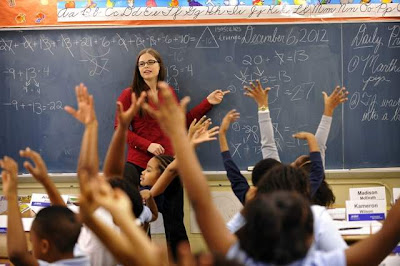 On this, A teacher’s journey to life blog we will discuss education and teaching in the context of having a look at how education and thus also how teachers are contributing to creating the current world society and the collective mess we are in as humanity.

Consecutively with exposing the problems inherently in the education system we will be having a look at possible solutions to changing the education policies – from policies that teach children to grow up and become consumers without a care, to policies that are based on teaching children to become dignified human beings that care about life. I will in the blogs draw upon scholars in the field of education and I will also use myself as an example and therefore I will also simultaneously walk my own process as a teacher in terms of becoming the best teacher I can possibly be.

So in this introductory post to the blog we start with me sharing my story about my relationship to school and teachers and how I against all odds ended up being a teacher myself.

Because see, I never wanted to be a teacher. I always thought that teachers had one of the toughest jobs in the world and it was not something I dreamed of doing for myself. I also always thought that people who grow up to become teachers are those who loved schools and homework… you know the goodie-two-shoes of the class. I was NOT. I have terrorized and haunted many a temp with elaborate questions about their ideas about life, I’ve tricked my teachers into speaking about something entirely else than what was on the curriculum through finding out what their real passion in life was. In the seventh grade I talked my entire class into going on strike and leave school because I had heard from a teacher that classes under three students would be canceled. So as you can see, to say the least: I was a handful.  I also never went to public school except for kindergarten and not until my adult years in university. Instead I went to private ‘free schools’ as it is called here in Scandinavia which is basically hippie schools for hippie parents hippie children. So I grew up with having to plan my own weekly schedule. I, of course detested math so each week from first to the third grade I would fill my days learning Danish (my native language) and doing drawings. I quickly learned to read and write, but the math I never picked up entirely, something that I’ve spent many sleepless nights blaming the school for.

In the school we also did not go to ‘classes’. Instead we had ‘groups’ in which we gathered which consisted of twenty-some students ranging from six to twelve years of age who would attend the same class room, each getting individual help from the teachers and with a principle of the older students helping the younger. The school had based its core principles on the pedagogical philosophies by the French scholar Celestin Freinet. He believed that kids only play because they’re not included effectively in the work of the adults – so we were put to work, printing books for our classes and it was us, the students, who cleaned the school too.

In high school I also went to an alternative school, directly translated to ‘the free high school’. Here I learned mostly about Marxism and communism and how to riot and rebel against the authorities. We would be given the day off if there was an important political rally to attend and when the school had to hire a new principal all the students participating in a ‘job interview’ which meant that the two candidates had to sit in front of the whole school and answer gut wrenching questions. Every week we had meetings in plenum where we discussed issues about the school. The rule was that no one left until all agreed which in praxis turned out to be nearly impossible to achieve and after many hours of discussion, we often settled the arguments in a democratic voting process.

I also did not train to be a teacher. My education is in pedagogy which is basically the science or philosophy of education. I’ve got a bachelor in this field which in my country, Denmark is something similar to the equivalent of a kindergarten teacher. The difference is however that this education supposedly qualifies a person to work with a multitude of ‘users’ (as they’re called in Denmark as opposed to ‘clients’ or ‘patients’ for example) such as homeless people, disabled people, troubled young adults, people with learning disabilities or addicts. I am saying ‘supposedly’ because I did not experience myself as getting educated in actually knowing how to care about other people – at all. Instead we had sociology, anthropology, theater, music and health care courses – but very little about the actual work we would be performing. In this education that lasts 3½ years I spent respectively 2 X 6 months and 3 months as an intern in three different institutions. That is where I found out that I was NOT going to work as a pedagogue and that I would much rather participate in changing the education system. I’ll share about this in another blog where I’ll explain what it was that made me change my mind. After this I hobo’ed around different jobs until I finally decided to upgrade my education with a university degree. So instead of starting over with a brand new education I decided to do an MA in educational sociology. (I still don’t get why it is called educational sociology, because it should be called the sociology of education. Educational sociology sounds more like the science of how to teach sociology.)

This is the education that I’ve finished a little while ago and from where I’ve now jumped into a job as a teacher. It simply happened almost at random that the job was available and I needed the job. After taking the job I’ve realized that I am completely miss-qualified. I don’t think that I’m either under- or over-qualified, but I certainly have not learned how to be a teacher.

So – I am learning by doing.

And I have some awesome support in my team of colleagues at the language school here in Uppsala. We are a group of teachers, some educated, some not who each work with their own native language. There are about 60 of us so I meet people from all over the world, coming from all kinds of social and economic conditions. I’ve got a new friend from Burundi for example who is having trouble finding educational material on his language because there simply has not been written any books for children or they are simply not accessible on the internet. Burundi is one of the five poorest countries in the world. The Kurdish people have their own problems because their language has been illegal in many countries in spite of the fact that many millions of Kurds live around the world. I’ve also been assisted by a Danish teacher who works in a different city who has worked as a teacher in Denmark for 13 years. So I am slowly but surely getting the hang of the job at hand.

All the while I am not educated as a teacher and all the while I’ve never attended public schools and all the while I was no honor student myself – I call myself a teacher. I work as a teacher. I sit every day with a child before me whom it is my responsibility to assist with obtaining access to information that is not already in the child’s sphere of reference. I landed in this position much by coincidence, but I have decided to give it my all and to dedicate myself to become the best teacher I can possibly be. It is interesting to work with something that I did not have any passion towards. Because it requires that I move myself without riding on waves of energy or excitement but instead remain humble and dedicated towards the task at hand. I am much grateful for this opportunity and it is an honor to meet this children and I do not take this responsibility lightly. At the same time I can see in my teaching, as I am sure all teachers can, the inner monsters crawling out where I am not always the best listener or where my prejudices creep through or where my patience runs out. I’ve also discovered that my words weigh heavily for these children and therefore I understand that I have a responsibility to be directive in my words, meaning that I am aware of what I am saying and I am speaking the words in an understanding of the possible consequences.So these are some of the points I am working with perfecting and changing myself within.

The words of a teacher are some of the most important on the planet because they can plant and implant directives and principles and when we look at the world and see what a mess it is, it would be odd not to look back at the teachers and ask: what are we teaching our children? To be effective at surviving in a broken system? Or to become dignified adults that care about All Life.

In my next post I will share more perspectives on education and the process I am currently walking of becoming a teacher.